Covering the Sessions to Release 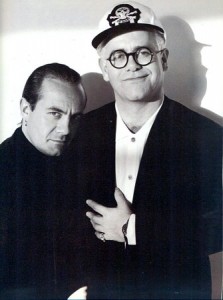 It was the fall of 1988 and nostalgia was in the air for both Elton John and Bernie Taupin. Their 1988 album, Reg Strikes Back, was a success and went gold in America but both wanted something stronger and cohesive for their next effort. For their 29th album, they decided to look back to the music that of American R&B that they both grew up with. The rules they put in place were unique to this album. Bernie would write a lyric inspired by a specific artist and both would sit down and discuss it.

With his marriage ending, Elton and his new band went off to Denmark to get away and focus on the music. In the future, we will do our best to provide insight into the atmosphere at the sessions and provide background on the songs written during this time. We hope you will enjoy it and what is to come.

“If a song didn’t fit in with the rest of the album, we’d discard it, no matter how good it was And believe me, there were some great songs that just didn’t make it onto the album.”
Bernie Taupin

Bernie: “This is probably the strongest album we’ve ever made; I think it’s a ‘classic’ Elton John album…it’s incredibly accessible, but maintains great integrity and I’m very proud of that.” “I …wanted to do one more tour before I hang up my road shoes; “I couldn’t imagine not being close to Elton while this album is out.” Elton: “I think (it) is the strongest record we’ve ever made. We went back to our roots and tried to do something special, and I feel we succeeded…” “Bernie and I came up with the idea of making an album that paid tribute to all the great old soul songs we’d grown up with, and I feel that gives it  a real sense of continuity.”

The album was finished in March of 1989 but was delayed due to the continued success of Reg Strikes Back. Puk Studios was chosen for its isolated location and the fact George Michael recorded there for his 1987 Faith album.