Club at the End of the Street

You hear the sounds of Otis, and the voice of Marvin Gaye 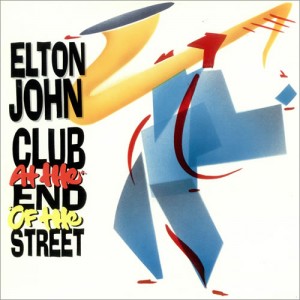 Cover for Club at the End of the Street

In Their Own Words

“It’s a very much a Drifters-type, summer sort of song. On the whole album, it was nostalgia-type songs that we wrote, and “Club at the End of the Street” just screamed “Drifters” as soon as I saw the lyric. It’s kind of like the Drifters “At The Club” or “Up On The Roof”. Melody wise, it was similar to them; it’s got all those clichés in it. I think we achieved our goal when we finished that particular song”.  – 1990 (Billboard)

“It was the last album before rehab, but it was a good album, and I love “Club at the End of the Street.” We wanted to write a song like the Drifters would record, one of those Goffin-King, Brill Building songs. It’s the closest we ever got to one.” – 2013 (Rolling Stone)

“Of all the songs on the album, I think that’s the one that really, if you play itm you’ll know that’s  the Drifters. With the others it be may be a little more hidden. But the feel of that is pure, honest to gosh Drifters.” – 1989

“But I think again that, it’s a song that really sums up the feeling of the times. I mean you can smell the tenements and feel the heat of the street. When you can do that in a song, you’ve got something to be proud of. ” – 1989